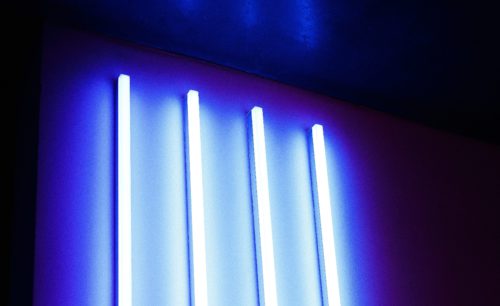 I thought I’d tell you a quick story about an unnamed customer of ours who thought that buying a cheap, equivalent lamp for one of our Sterilight units would be a good idea. This gentleman, who we actually quite like around here, phoned us up to say that he had a faulty ballast. He was very surprised as the ballasts on these units are fairly bullet-proof and rarely go down. After we received the unit back for testing (we sent him a new one out to use in the meantime) I had the task of phoning him to let him know that these was nothing wrong with the ballast and it must be something wrong with the plant room this was installed in.

After a second trip back to site, he again phoned me to say that the plant room was fine, it was a problem with the UV units as the second ballast didn’t work either. Drawing a bit of a blank I rang the OEM in Canada and spoke to their technical guys. They sided with me in the head scratching team. The third day our customer went back to site, at this point not very happy and fed up with driving, he took some spare lamps with him. He rang me saying that some of his lamps were working while others weren’t, so it had to be the ballasts at fault.

At this point it occurred to me to ask about the lamps. It turns out they’re a very nice looking Chinese equivalent lamp, of which less than half of the total stock he had worked with the genuine Sterilight ballast. Not only does the massive failure rate mean that the price per working lamp is actually more than our genuine ones. But the extra time he used plus the petrol and postage to get the two ballasts back to us. I don’t think he’ll be buying Chinese lamps any more.

He would usually be stung with a restocking charge by us in this situation because of the voided warranty, but he was  so down hearted by the whole situation it just seemed cruel. I think he’s learned his lesson anyway.